When I started this blog, I told myself that under no circumstances would I write anything I deemed “too personal”. Not that there’s any issue with doing so – I love reading personal posts! – but I just didn’t like the thought of someone who knows me IRL coming across this little space and finding a load of admissions that I’d made to the Internet. The one time I did anything of the sort was with my “Positivity” post back in June.

At the time of posting that (and without trying to sound too dramatic), I’d just gone through possibly the most stressful time of my life. I’ve had my fair share of ups and downs, but at that point, things had plummeted, and had resulted in me running off to hide back home and hope everything would just disappear. I was miserable, my self-confidence had been destroyed, relationships had dissolved, and everything I had built up in the previous three years had gone.

This summer, I set out to do things differently. I wasn’t going to be returning to uni with the usual expectations I would have. It was time to make new friends, to do things for myself, to push myself to be as sociable as I could be. I spent the summer months carrying out the most fab internship in communications/marketing, which saw me also dabbling in content creation. Doing so allowed me to slowly come back out of the shell I had retreated into, and get talking to people I wouldn’t have otherwise. It helped me prove to myself that I was more than capable of simply having others like me for being me; something that I was beginning to think wasn’t possible. 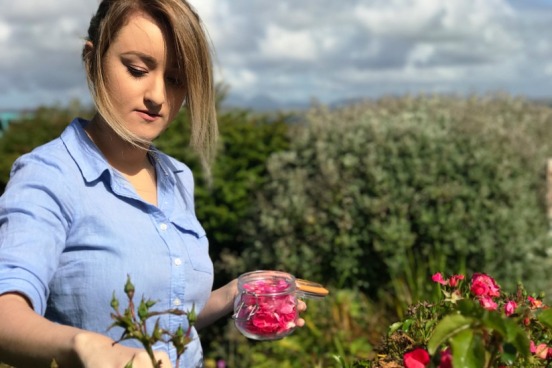 I also began writing regularly once more, thanks to this blog and our university magazine. Writing was a passion of mine from the age of about 3 (I wrote a little book when I was 4 – I was determined that being an author was my calling!). I’d dreamt of being a sports journalist for years, but coming from such a rural place meant that I gained little experience in a professional sense. Looking back now, I really should have just bit the bullet and applied to study it at uni, but my fear of failure was so great back then that I was willing to undertake a different degree before being told I wasn’t good enough. This has been the first time that I’ve written in an informal sense since I started university back in 2014, and it’s reminded me of what I truly want in life. Whether it works out or not is a different point altogether, but we shall see!

Upon returning to uni, I’ve thrown myself out there and refused to let any worries or fears cause me to turn back. I’d said since first year that I would join the university cheerleading team, but then I was always talked out of it and convinced that it wasn’t somewhere I’d fit in. I pushed myself to attend a few practices, and I’ve come to realise that really, it’s where I’d have fitted in from the start! I was initiated into the team on a Barbie themed night out, which quite possibly couldn’t be more me… I regret only joining in my last year, but I’m determined to make the most of it!

I’ve also moved into a new flat with a new flatmate, and I don’t think I’ve clicked with anyone this much since moving out years ago. Alongside this, I’ve met so many wonderful new people too. Coupled with my decision to attend just about every social event I’ve been invited to in recent weeks, I’ve come to find that I’m now in a position where I can turn up to things by myself and be guaranteed that someone I know will be there and keep me company. These are all little things that are probably so normal to other people, but without going into much detail, it was never really an option for me before. It’s all ended up going so well, and while it’s only my third week of study for the year, I’m already feeling sad about the end of student life approaching.

I didn’t know where this post was going to end up – I was well aware that I hadn’t posted in a few weeks, and I felt that I should explain where I’ve been in this time… and it’s now just become a bit of a tell-all. But sometimes we need to remember that things do work out in the end, and I hope this brings a little bit of hope to anyone who was in my position a few months ago. Only you can make the changes you need to be happy!

Seven things to do in…